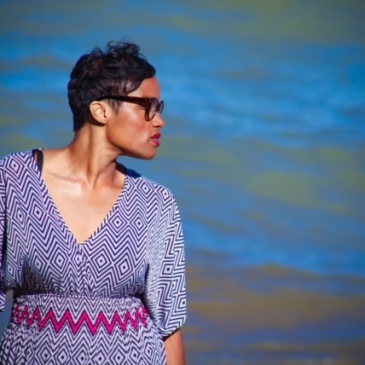 Keytalife is an inspirational woman who uses the power of words and events to uplift her community.

Boys & Girls Clubs of Greater Milwaukee is committed to developing our youth’s artistic abilities. Recently, Boys & Girls Clubs was honored to be a recipient of the Youth Arts Initiative grant from the Wallace Foundation to overhaul our Arts department, allowing us to offer high-quality Arts and professional teachers for our youth. Our team of artists use their unique set of skills to not only teach our youth fundamentals of the Arts, but to promote healing through the arts as well.

La’Ketta holds a Bachelor of Arts in Speech Communication and a minor in Theatre from Southern Illinois University-Carbondale. She also studied Education and Theatre at New York University. She is an active member of the Society of African American Professionals and credits them for her growth within the Boys & Girls Clubs Movement. She is also a member of the Boys & Girls Clubs Professional Association. Also, she facilitates training for staff at Boys & Girls Clubs of Greater Milwaukee, including One Dream, the Clubs’ internal staff training initiative to create One Dream that ensures our members’ needs are being met holistically. She participated in the eight-hour Artists as Educators Seminar Anatomy of a Lesson: Designing Instruction developed by The John F. Kennedy Center for the Performing Arts. La’Ketta is thankful for the youth she proudly serves every day, and her family and friends. She was part of the 2015 African American Leadership Program, and the 2015 Milwaukee Business Journal’s 40 Under

Her first play “COLORS of YOUTH” originated from stories she heard while working with young people around the country, and deals with serious subject matters while articulating the hope and strength of youth. La’Ketta worked with a group of teens at North Division and LaVarnway Boys & Girls Clubs to create a documentary entitled “Can You Hear Us Now?” These Clubs are located in the 53206 area with a high propensity for gun shootings, low graduation rates, and mob beatings. This zip code has made headlines for being the nation’s zip code with the highest incarceration rate for African-American males. In the midst of these circumstances, La’Ketta used theater, poetry, and storytelling to help the students discuss the incidents that are taking place in their community. Also, the group works with the community to create solutions to keep their neighborhoods safe. The program has evolved into an annual arts performance which takes place each year on June 3rd, also declared Can You Hear Us Now? Day by City of Milwaukee Mayor Tom Barrett in 2014.

From Paducah, Kentucky to Carbondale, Illinois, to the Big Apple, La’Ketta’s education, and work has taken her around the country, enabling her to use theater education to empower and educate diverse populations.